Context is decisive. My mother always said that to me…Not really…. I learned this in a Landmark seminar. It rocked my world, my understanding of the world and what gives the world meaning. The instructor wags his index finger and asks; “what is this?” “A finger”, we say. “Ok, if we are talking about anatomy, it is a finger, but what if we are talking about numbers? What is it?” “One”, we said smugly. “Well then”, the instructor said, also smugly. “If we are talking about direction, what is it?” “Then, it is up.” “Wow”, he says “this” indicating his finger, “just changed three times. It changed from anatomy, finger, to number one, to direction up. All we did was change the background conversation.” I sat stunned. What just happened? Silence enveloped the room.

For this blog, context: is the background conversation that gives meaning to the forefront conversation. As demonstrated above, context is decisive. The context defines how things show up and how they occur. This definition has changed what I pay attention to from what is happening in the foreground to what is happening in the background. Context has deepened my ability to understand my world and the meaning that people give to the world. 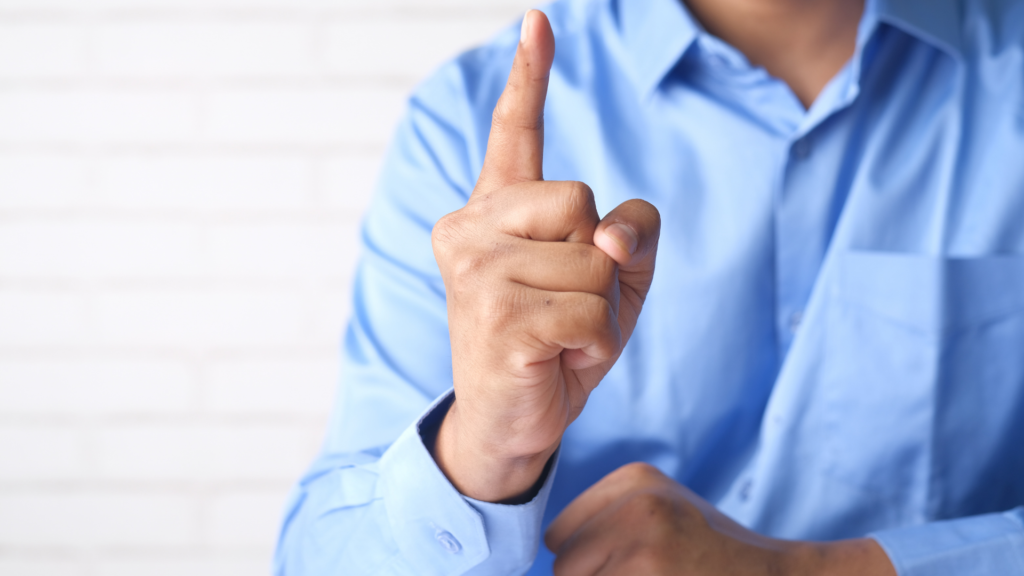 Here is an example. In my lifetime and certainly in the lifetime of my grandmother, the career opportunities available to women have dramatically expanded. We will agree that now being a pilot, doctor, president, soldier, astronaut, policewoman, scientist is all available for women as valid and viable career choices. This was not always so. What happened? What shifted in the last eighty years? Women existed. For the most part these careers existed. Yet the reality that my grandmother dealt with when she graduated as a sole female medical doctor in NY in the 1930s and the career reality for my niece in 2015, when half her graduating class of physicians were women are in stark contrast.

What are the implications of this for my Granddaughter Sienna who is 7? What is possible for her and her girlfriends now in 2021? What has occurred and what has allowed for this shift? I would argue for that to happen the context around what it means to be a woman with a professional career has altered. For my grandmother being a doctor and a woman was a unique occurrence, unexpected and exceptional. For my niece it was normal. For my granddaughter it is a birthright, which many will achieve and certainly is not dependent on gender.

I would suggest that what happened on 9/11 shifted the context of airplane hijackings. Before that time, we had numerous and significant hijackings. A plane would be taken over by hijackers, land some place and then haggling over the hostages would ensue. Freedom usually happened, sometimes rescue, sometimes tragedy and death. However, there was a pattern to it, and everyone played their part. 9/11 changed the context of hijackings. It was dramatic. Crashing airplanes full of passengers into buildings became the background of air travel and influenced everything that happened in the foreground of air travel.

As that context shifted, the rate of change was tsunami-like. Almost immediately TSA formed. Security at the airport altered. Lines to wait in, metal detector screenings, pat downs all became the norm. Doors to the cockpits practically overnight became fortified. For the pilots to use the bathroom became a ritual complete with food carts. We all accepted these changes and delays and there were few questions. Why? Because the context around air travel had shifted and impacted everything around air travel. Why? Because context is decisive.

Now we have two examples, let us look at others. What about police beating black, Latino, and people of color? What about the murder of George Floyd? Has that incident changed the context in which police being physical with people occurs? Do they occur differently because since George Floyd the context has shifted? I would say yes. Certainly, for many the context has shifted from one of police meeting out justice to a context of people being murdered only because of the color of their skin.

How about the Pandemic? It started in Wuhan China and spread from there. An illness appeared among us that prior to this had not existed. That is a fact. For me, this Covid –19 Pandemic occurred in basically two contexts. One was that it is a big deal and we had to take real actions, masks, lockdowns, quarantines to prevent many deaths and the breakdown of our medical and hospital systems. This context made the shutting down of the world economy and keeping everyone home for months a rational decision. This context supported saving lives by keeping people masked, separated.

The second context in which this occurred for many is that Covid 19 was no big deal. Sort of like the flu. With this context people would gut it out, muddle through and the people who die are the people who die. I see this where I live in rural Michigan. Covid is no big deal. Residents say, “Covid is certainly not here. Covid is no biggie.” Just ask the butcher Dave…he never wore a mask. We muddle through and we do not see what all the fuss is about.

The large Urban School Systems and the Catholic School Systems generated very different contexts from which to deal with the pandemic. The Catholic context was that they would make it work with protocols, cohorts, and targeted quarantines. The context of the Public Schools is that we cannot be safe and do this other than by remote learning. Again, given the context, the impact on children and their learning was enormous.

What is the point? Well, the context that something occurs in like Covid determines what you do. Context is decisive. Here is the kicker. You get to choose the context. Things are happening for sure to you and the context that they happen in is up to you. Creating and choosing the context that the world occurs in for you is a big deal because it will shape your experience of what is happening to you. Remember the beginning of this article…finger to direction to number…. One can have very different things occurring all by shifting the background conversation.

I have created a context in my life that everything that happens and occurs to me supports and furthers my …life. That is the background conversation that I bring to all that happens in my life from flat tires to a new project to a new relationship to a breakup with a girlfriend. No matter what is happening, how it is feeling my generated background conversation or context is that it all furthers, (enhances my life) and it all supports me. It is useful in that nothing blocks me, and it allows me to always be supported and be contributed to no matter what is happening. Now for the juicy part. You the reader, yes you, take this opportunity to look at what is the context that you are experiencing. What is your background conversation that is giving meaning to the foreground? Is this meaning something you inherited or are you creating it to empower and enable yourself in the face of whatever you are dealing with and whatever matters to you? How are you coming out of the Pandemic and what is the context from which you are creating this new world? Look and let me know what you see and what alterations to the context that you are making.

This is important work because, as my mother always said, not really, CONTEXT IS DECISIVE.